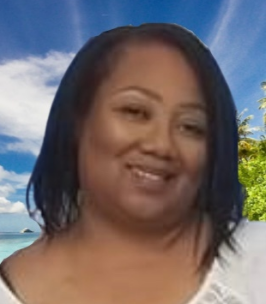 Born July 27, 1969, in Valdosta, GA, she was a daughter of Barbara Donaldson Davis and Frank Davis, and Johnny Holmes. She was a member of the Kingdom Hall of Jehovah’s Witnesses North Congregation. She graduated from Sumter Area Technical College, now Central Carolina Technical College, with an associate degree in Business and Marketing. She was a Cosmetology and Nail Tech Instructor at the Sumter Career and Technology Center.

She was preceded in death by her maternal grandparents, Enlaw and Johnnie Mae Donaldson, and paternal grandmothers, Sarah Davis and Alene Holmes.


A funeral service will be held at 2 PM Sunday, September 4, 2022, in the Elmore-Cannon-Stephens Funeral Home chapel with Brother James Pugh officiating. Burial will be in the Sumter cemetery.

All rights reserved. This obituary is also archived at obittree.com